Norwegian fjords, Dutch cities on the water, flowery landscapes of Flanders, historic cities of the Hanseatic League... The North Sea area reveals its charms and different faces as you explore this region where abundant nature mixes with human ingenuity and extraordinary cultural and architectural heritage.

All about cruises North Sea

From the Baltic Sea to the North Sea

From wild coasts to historic towns listed as UNESCO World Heritage Sites, the North Sea coastline is brimming with treasures to discover by the water. 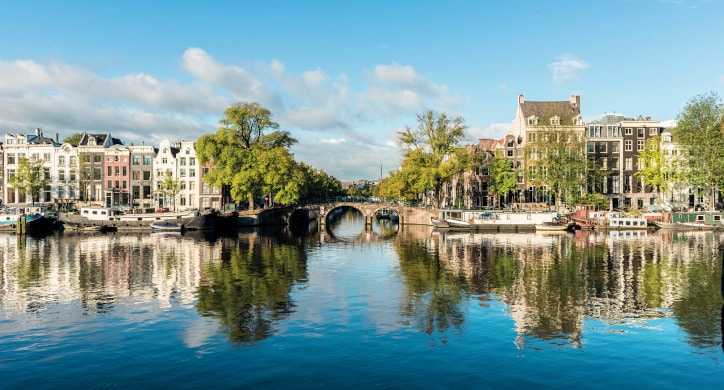 Nurtured by multiple cultural influences, the regions that border the North Sea proudly boast distinctive local identities that make a trip to explore the "flat countries" and meet their friendly inhabitants a charming experience. Discover a few essential pointers to help you enjoy your visit to the full.

Norway: in the footsteps of the Vikings

Fjords: should you head north or south?

From wild coasts to historic towns listed as UNESCO World Heritage Sites, the North Sea coastline is brimming with treasures to discover by the water.

Treat yourself to a cruise on Amsterdam's canals - the Netherlands

If there is one North Sea city that is famous for its canals, it's Amsterdam. It's so nice to explore them on board a panoramic shuttle boat and enjoy the authentic surrounding buildings: beautiful merchant houses, churches, 16th- and 17th-century warehouses... This visit will nicely complement a walking tour of the city centre, its flower market, the royal palace or the Munttoren, for example.

Visit the Van Gogh Museum in Amsterdam - the Netherlands

Founded in 1973, Amsterdam's Van Gogh Museum contains the world's biggest collection of the painter's work. Among the 200 paintings on show, visitors can view some of his masterpieces like Sunflowers, The Bedroom, Wheatfield with Crows and self-portraits. The 400 drawings and 700 letters that complete the museum's collection help the public understand the avant-garde and this trailblazing artist's tenacity 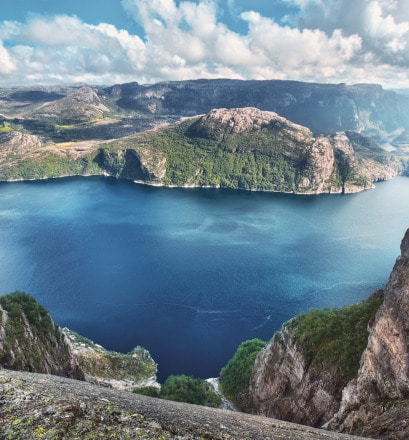 This is one of Norway's most breathtaking fjords. 42 kilometres long and surrounded by granite cliffs that rise up to 1,000 metres in height, Lysefjorden offers stunning views. From the water, you can feel the incredible force of these powerful natural surroundings as you experience the staggering views for yourself.

Located between the North Sea and the Baltic Sea, the charming seaside resort of Skagen seems to float on the Jutland Peninsula. Today, it welcomes (mainly Danish) tourists who are delighted to be photographed here at Denmark's northernmost point. You should do as they do, walking along the beach bordered by transparent waters and exploring the town centre. Pretty shops and restaurants liven up the pedestrian streets, fishermen's houses evoke the town's past, the former royal summer residence: Klitgaarden, the sand-covered church... Each provides the opportunity to photograph the landscapes that inspired so many artists at the end of the 19th century. 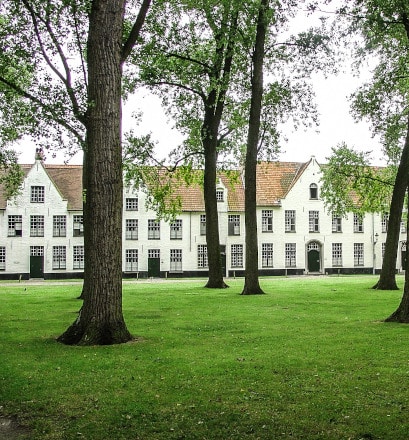 Lying just a stone's throw from the elegant beaches of the Flemish coast, Bruges, the birthplace of the Flemish Primitives art movement, is simply overflowing with cultural treasures. The city's historic centre, which still retains the medieval look characteristic of the era when Bruges played a primary role as a centre for commerce and cultural exchange, has been a UNESCO World Heritage Site since 2000. Its monumental town hall, with its impressive Gothic hall, is one of the oldest in the whole of the historical Low Countries. The Princely Beguinage Ten Wijngaarde is a magnificent example of the kind of architectural complexes created for the women's communal movement that spread through Europe from the 13th century onwards.

The medieval heart of the city of Antwerp is inextricably associated with the painter Rubens and the history of printing and publishing. The Rubens House splendidly evokes the life of the painter, who set up his studio and moved his family here in 1610, and the Plantin-Moretus house/workshops/museum complex, a UNESCO World Heritage Site, is testament to the primary role this printing works played at the end of the 17th century in spreading science and culture, much like Venice and Paris.

Nurtured by multiple cultural influences, the regions that border the North Sea proudly boast distinctive local identities that make a trip to explore the "flat countries" and meet their friendly inhabitants a charming experience. Discover a few essential pointers to help you enjoy your visit to the full.

Dos. In the Netherlands, everyone pays their own portion when it comes time to settle the bill. In fact the English use the expression "going Dutch" to refer to this common practice. Additionally, it is considered good manners to leave a tip equivalent to around 10 percent of the total bill in restaurants and cafes.
Don'ts. In the Netherlands, Belgium, Germany and Denmark the bicycle reigns supreme. The Netherlands has more bicycles than people! Don't risk walking on cycle paths and lanes, or you could find yourself being reprimanded and having bells rung at you by enthusiastic users of this eco-friendly, two-wheeled form of transport, who whizz around the towns, cities and countryside at top speed.

The Flanders region has produced a number of groundbreaking avant-garde artists. Their works are to be found in the world's greatest galleries and museums, and even on the moon! Installed in 1971 during the Apollo 15 mission, Fallen Astronaut, a small aluminium statuette standing 8,5 cm high and created by the Belgian artist Paul Van Hoeydonck, is the only work of art to be found actually on the moon. It pays homage to all the astronauts who have perished during missions: their names are inscribed on a plaque placed next to the statuette.

A popular treat in the area of the North Sea coast north-west of Germany, speculoos is consumed in a whole variety of forms: from the traditional biscuits depicting Saint Nicholas through to pies, ice cream and tiramisu, this delicious blend of spices and brown sugar is adored by both indulgent food lovers and discerning gourmets alike.

Along with the Mediterranean, the North Sea has been one of the most important trade hubs in the West since ancient times. Long ago, sailors used to call on the goddess Nehalennia for protection, with the cult around her reaching its height in the 2nd and 3rd centuries AD. Certain votive stelae, found in Zeeland at the mouth of the Scheldt, depict her seated with a basket of apples, wearing a wide-brimmed hat, accompanied by a dog and with her foot placed on the front of a boat.

For a long time dependent on fossil fuels, Denmark has in just a few dozen years become the European leader in energy transition: in 2019, renewables accounted for 75% of the country's electricity consumption, of which 50% was produced by wind turbines. The target has been set: 100% by 2050!

Book. he homeland of derision and surrealism, Belgium and its history provided the inspiration for comic strip author Herr Seele's impertinently amusing Histoire de la Belgique pour tous racontée par Cowboy Henk ("History of Belgium for all told by Cowboy Henk", Fremok, 2014). Cowboy Henk, a ubiquitous pop culture character in Flemish culture, and the hero of a humorous series created forty years ago, takes us on a journey to an absurd and zany (though very well documented) world.

Music. Though the influence of Calvinism for a long time put a break on the development of classical music in the Netherlands, since the construction of the Concertgebouw concert hall in 1988, which stands opposite the Rijksmuseum in Amsterdam, the city has become a favourite destination of music lovers. Around 800 concerts take place there each year, watched by a total of 850,000 concert goers. The hall's exceptional acoustics bring out the very best in the repertoire performed by the famous Royal Concertgebouw Orchestra.

Film. Sometimes referred to as “the Mona Lisa of the North”, The Girl with a Pearl Earring by Vermeer is central to the film of the same name by Peter Webber released in 2004 and based on the novel by Tracy Chevalier. Under the sensitive gaze of this fictional character, invented for literary purposes and portrayed by the sublime Scarlett Johansson, the private side of the painter's workshop and family life are gradually revealed, together with the subtleties of 17th century society. Vermeer's paintings are depicted one by one in succession, reconstituted through the delicate lighting work of the director of photography, who immerses the viewer in a fascinating contemplation of the painter's oeuvre.

By the 16th and 17th centuries there were around 10,000 windmills in the Netherlands. Though only around 1,000 remain today, they are still just as iconic as ever. They served not only to mill grain but also as part of the techniques employed to reclaim land from the sea: they were used to dry the marshes and transform them into polders by pumping the water out.