PONANT Foundation: a school in Bijagós

Off the coast of Guinea-Bissau, in the heart of the Bijagos archipelago, the building of a long-awaited school has just started thanks to the close work of the local association ESCama and the PONANT Foundation.

88 islands make up the Bijagós archipelago, classified by UNESCO as a Biosphere Reserve. The Bijagós, the inhabitants of this isolated places, are famous for their strong character,their determination and their and their ability to adapt and live in harmony with their environment. With mangrove forests, palm trees, savannahs and extensive sand banks, the archipelago is also home to one of the highest levels of biodiversity in the Atlantic. Due to its isolation the archipelago does not have access to many public services such as quality education, health care, clean drinking water, electricity and transport.

In October 2019, PONANT organised a reconnoitring mission to the islands with the aim being to prepare an expedition cruise itinerary to the region. It involved meeting local people and authorities, carrying out an environmental and societal impact study and taking accurate soundings of the seabed with a view to putting together a coherent, responsible and sustainable circuit. “During these recces, we were developing the tourist offer with the local communities. They are the ones who tell us what they want to show us and we help them to showcase their culture,” explains Nicolas Dubreuil, PONANT’S Expeditions Expert who was part of the reconnoitring team.

It was during this trip that he met Sónia and Laurent Durris who run a small eco-lodge, and are also naturalist guides. The couple have big plans to contribute to the development of their adopted land which is why they set up the ESCama Foundation. It focuses on Education (E), Santé (S - health) and Community (C) in Bijagós. Nicolas Dubreuil, remembers: “Sónia showed me a school that was totally in ruins on Caravela island in a village called Anipoc. The two teachers had not been paid for two years. When you understand the importance of education, you realise how vital it was to rebuild the school”.

The PONANT team are setting off again to finalise the cruise itinerary but also confirm their commitment to this beautiful archipelago and its inhabitants, by participating in the reconstruction of the school in the village of Anipoc. 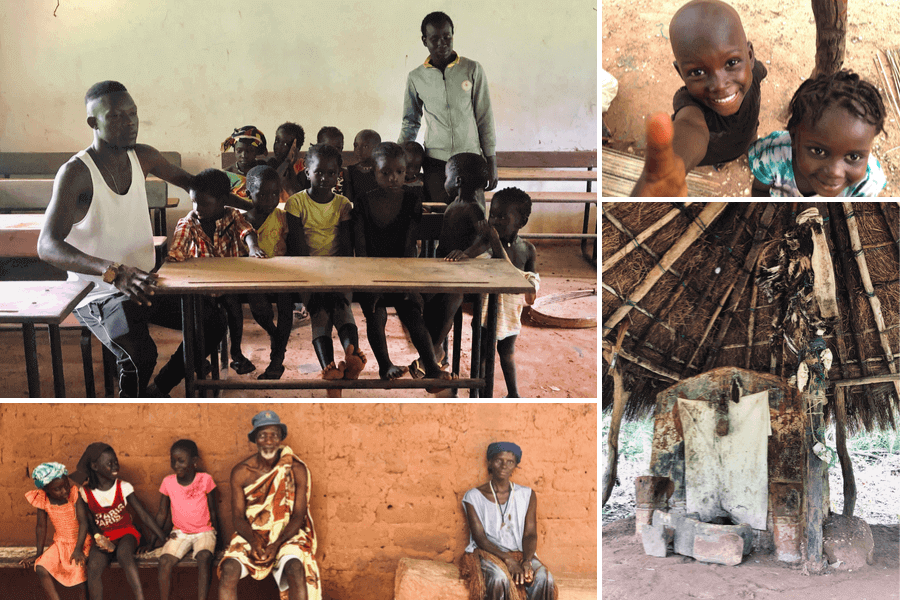 Thanks to the support of the PONANT Foundation, the construction of the new ‘Mantchacadé’ school on Caravela island in Anipoc along with housing for the teachers has begun since early march, 2021. The school will welcome a kindergarten and the four levels of primary education required by the Guinea-Bissau system. It will also enable to organise literacy classes for adults and awareness programme for sorting and recycling rubbish and house a vegetable garden. PONANT has also helped fund access to drinking water and solar-powered electricity. “Currently, 97 pupils, 180 adults and three teachers are waiting impatiently to see this project come to fruition. Our first grant gave the community access to drinking water and funded the start of the school’s reconstruction,” explains Wassim Daoud, Head of Sustainability and CSR at PONANT.

Sónia and Laurent have some wonderful projects in the pipeline for ‘Mantchacadé’, such as learning how to grow Artemisia in collaboration with ‘La Maison de L’Artemisia’ in France, as this plant is very useful in the battle against malaria and other diseases. “We want to educate young people so they can help protect their archipelago’s wealth of biodiversity and the nature that surrounds them,” says Sónia Durris.