From Egypt and Israel to Jordan, a Red Sea cruise is an opportunity to journey to the very heart of a region with a fascinating range of cultural and natural heritage to offer. The pyramids of Giza and the Valley of the Kings, the temples of Petra, Nazareth…millennia-old sites of major historical significance abound amidst a natural environment replete with contrasts. The desert finds its reflection in the gentle undulations of the Dead Sea, and the fertile banks of the Nile are mirrored by the underwater world of the seabed around Eilat. Delight and enchantment lay at every turn.

All about cruises Red Sea

From the Aegean to the Red Sea

Wonders of the Orient

reasons to set sail on a cruise in the Red Sea 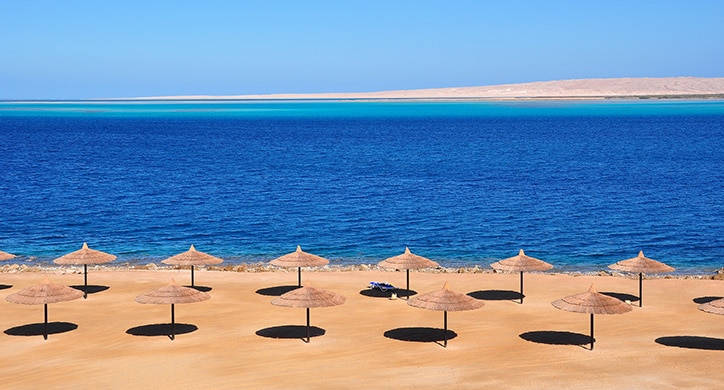 Egypt, Israel, Jordan... Cruising the Red Sea is a chance to visit three very different countries. However, they all share a rich history and a variety of fascinating archaeological sites. A voyage on the Red Sea lets you immerse yourself in the culture and traditions of the area. We have put together a list of unmissable experiences for you to peruse. 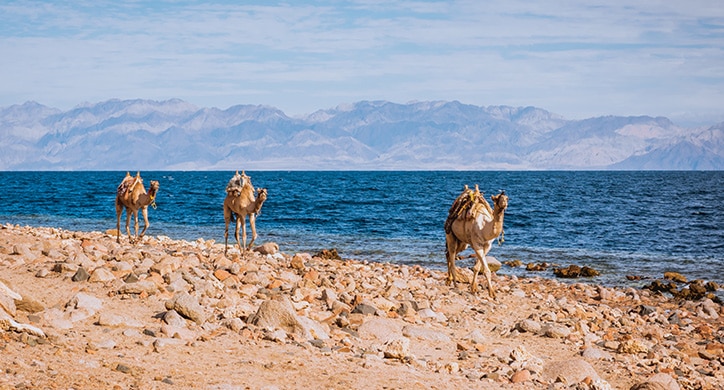 The Red Sea: a colourful history 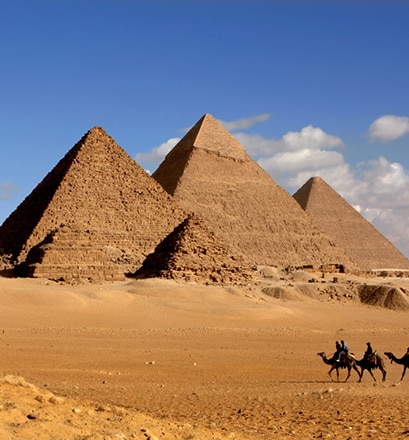 From Egypt to Jordan by way of Israel, the countries surrounding the Red Sea are rich in history and perfectly preserved monuments. The pyramids and the Sphinx of Giza, the temples of Karnak and Luxor, and the treasures on display at the Egyptian Museum in Cairo all bear witness to the splendours of the Pharaonic era. The traces left by the Romans let travellers follow in the footsteps of this legendary Empire. As for Petra, it is a testament to the power and refinement of the Nabataeans. 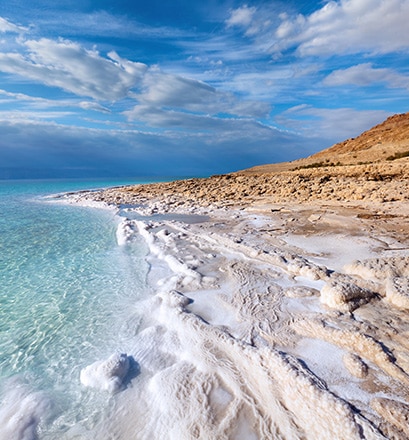 To enjoy a moment of relaxation

In the two northern gulfs of the Red Sea, the resorts of Ain Sokhna, Egypt, and Eilat, Israel, offer travellers a relaxed atmosphere and large sandy beaches. Thanks to their calm waters, these destinations are ideal for swimming or nautical activities such as kayaking and pedalo outings. The salt water baths of the Dead Sea are a great spot to recharge your batteries.

For navigation and engineering enthusiasts, sailing the Suez Canal is a unique opportunity to sit back and take in your surroundings. 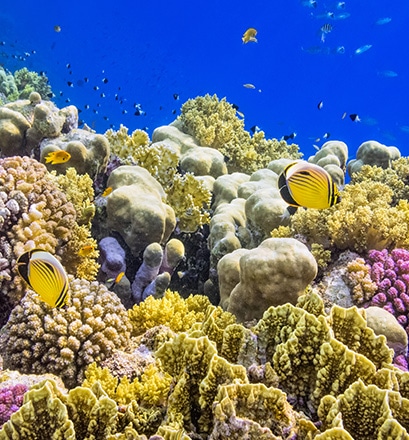 To swim through rich waters

Scuba diving and snorkelling are popular activities in the coastal towns surrounding the Red Sea, from Eilat and Aqaba to Hurghada and Safaga. The waters are home to many varieties of coral, moray eels, reef sharks, and parrotfish. If you're lucky, you might even spot a pod of dolphins or a few hammerhead sharks. Come on in, the water's lovely!

Egypt, Israel, Jordan... Cruising the Red Sea is a chance to visit three very different countries. However, they all share a rich history and a variety of fascinating archaeological sites. A voyage on the Red Sea lets you immerse yourself in the culture and traditions of the area. We have put together a list of unmissable experiences for you to peruse.

A monumental feat of engineering, the Suez Canal measures over 200 kilometres, connecting the Mediterranean to the Red Sea. A cherished dream since ancient times, this waterway was first proposed by the pharaohs back in the 13th century BC. However, it was under the leadership of Frenchman Ferdinand de Lesseps that these plans finally came to fruition in 1869. The Suez Canal is a passage between two continents and two civilisations: a truly unique nautical adventure.

The powerful civilisation of ancient Egypt dominated the region for several millennia, and many of its most splendid monuments can still be seen today. In Giza, the pyramids of Khufu, Khafre, and Menkaure have stood as a testament to the pharaohs for around 5,000 years. Keeping guard over the pyramids, the imposing figure of the Sphinx sits 73.5 metres tall. Nearby, the Egyptian Museum boasts the largest collection of ancient Egyptian antiquities, including the magnificent treasure of Tutankhamun. 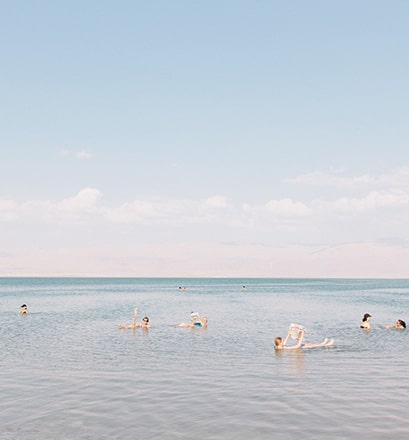 Swim in the Dead Sea - Israel

Enjoy a swim like no other! known for its high concentration of salt, the Dead Sea is one of Israel's must-visit destinations. Thanks to the water's mineral content, a dip in the sea can offer a range of therapeutic benefits. Its salinity will also keep you bobbing on the surface. 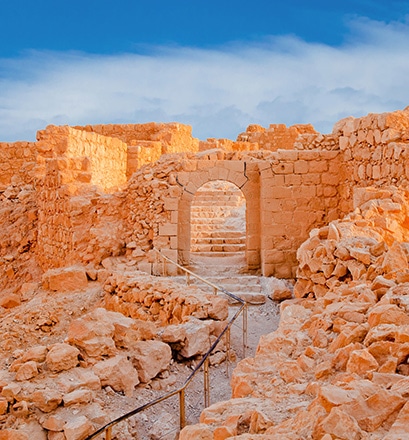 The Masada fortress towers over the Judean Desert, perched on cliffs ranging from 100-450 metres in height. As it is nearly impossible to access on foot, visitors can take a cable car to explore the sanctuary that sheltered many Jewish families from 66 to 70 BC during the reign of Herod. Now classified as a UNESCO World Heritage site, the ruins of the palace with its mosaics and columns, the imposing walls, the synagogue, the baths and the water cisterns all reflect the ingenuity and beauty of the area and its people. 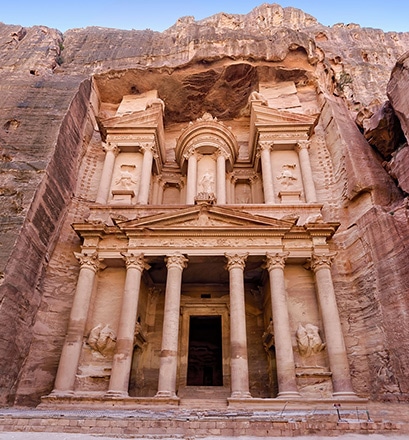 Take in the magic of Petra - Jordan

At the bend of a gorge, surrounded by the rocky walls of the Jabal al-Khubtha massif, lies the ancient city of Petra. Dug into the rock itself—in varying shades of ochre and red—the tombs, theatre, walls, gardens, temples, and monuments symbolise the city's importance during the reign of the Nabataeans, around the sixth century BC. Built on the main caravan route, Petra is located at the crossroads between East and West. Incense, spices, silk, precious stones, and medicinal plants all passed through this bustling city. However, Petra's importance decreased over the centuries, and the city eventually fell into oblivion before being rediscovered in 1812. 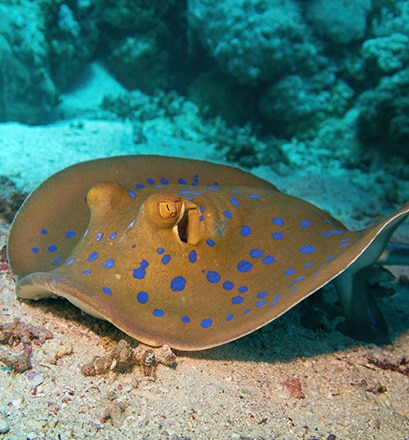 Dive into the Red Sea

As one of the warmest seas in the world, the Red Sea is home to a huge variety of underwater flora and fauna. Divers can expect to encounter colourful corals, shimmering schools of fish, butterflyfish, clownfish, parrotfish, angelfish, barracudas, moray eels, rays, dolphins, and whale sharks.