Lying at the heart of the Caribbean, the Dominican Republic is a land of idyllic fine sandy beaches bordered by turquoise seas and lined with tall palm trees, making it an enchantingly beautiful haven of peace that will delight the traveller in search of calm tranquillity and complete rest and relaxation in the sun.

All about cruises Dominican Republic 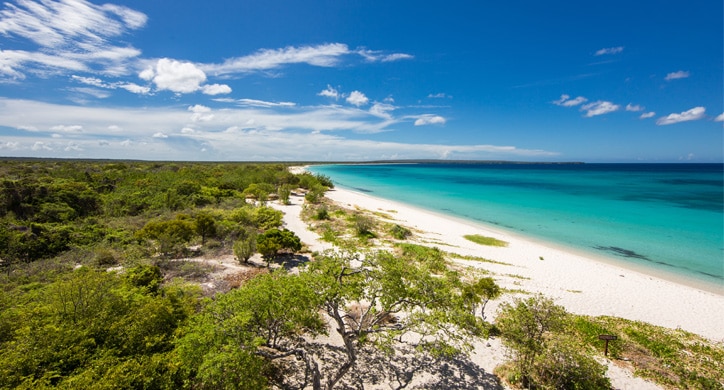 Though Punta Cana makes up part of the picture-postcard beauty that attracts travellers to the Dominican Republic, the country also has a rich and diversely influenced cultural heritage to offer and a culture that's highly rewarding to explore. 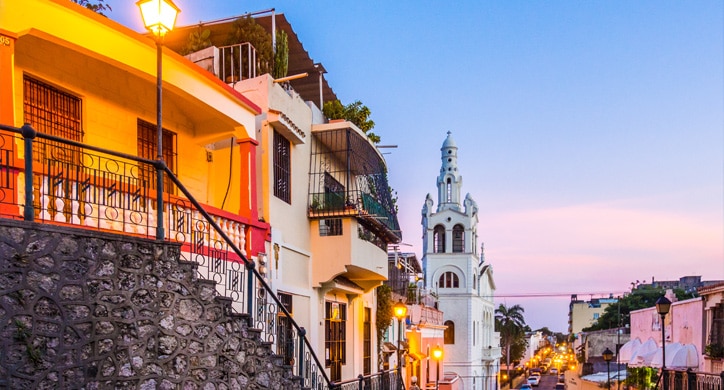 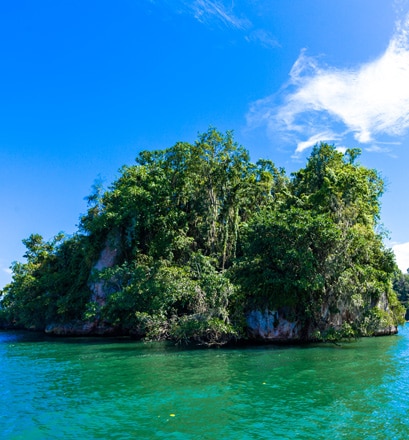 Rainforest-covered limestone peaks seeming to float on the emerald waves of the Caribbean Sea, mangroves, bird colonies, frigate birds, pelicans… nicknamed the Halong Bay of the Caribbean, the Los Haitises National Park coastal reserve offers all the incredible scenery of a tropical paradise. The park's many caves decorated with rock engravings were once occupied by the Native American Taino people. 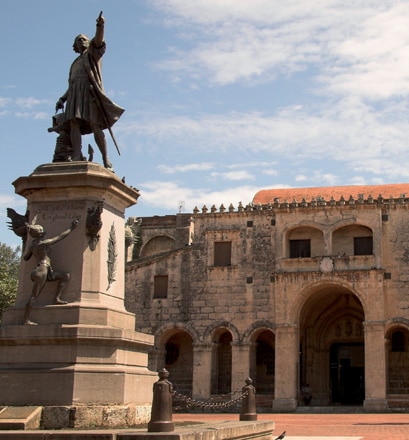 Discover the UNESCO-listed heritage of the oldest city in the Caribbean, Santo Domingo

Founded in 1498, Santo Domingo was the first city in the New World and the starting point for a number of major expeditions through America. The old town is home to some superb examples of Spanish Gothic and Renaissance architecture, constituting a unique range of UNESCO-listed architectural heritage. Symbolic of the meeting of different peoples, and central to the conquest of America, the city has been a major influence on the culture of the Caribbean. 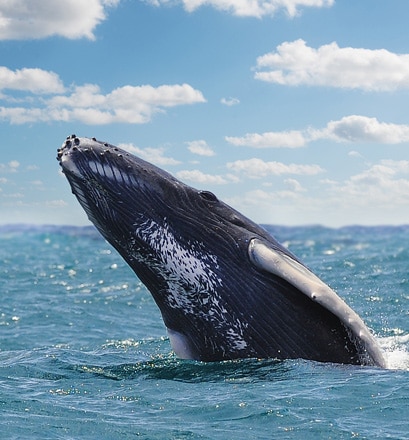 Early in the year, between the months of January and March, the peaceful bay of the Samaná Peninsula plays host to thousands of humpback whales as they take a break from their long migration in order to mate or give birth in the warm waters of the Caribbean, thus offering a unique opportunity to observe these majestic cetaceans in a mesmerisingly amazing setting. 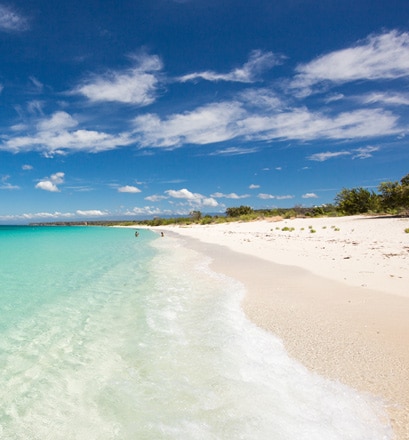 A protected site at the heart of a UNESCO biosphere reserve, the Bay of Eagles, a long, wild and unspoiled fine sandy beach bordered by tropical forest, karst peaks and crystal clear waters, is a veritable invitation to contemplation and reverie. A paradise also much appreciated by green sea turtles, which come here each year to lay their eggs.

The Dominican Republic's capital, Santo Domingo, the construction of which began in 1496, is the oldest city in the New World. It was the very first seat of Spanish power across the Atlantic.

The traditional dish of the Dominican Republic is the la bandera dominicana. The main ingredients are chicken and minced beef, both marinated separately in garlic, onion, coriander, lemon juice, oregano, celery, Worcestershire sauce, chilli and peppers. The meat is cooked in tomato sauce and served with mashed kidney beans and rice.

In Dominican folklore, the ciguapa is a nocturnal creature appearing in the form of a female with long hair and backwards pointing feet, which make it very difficult to follow its tracks. Ciguapas often appear to people at times of loss. Some have compared these mythical beings to the sirens of European myths, luring lost travellers to their deaths.

Books. An the 18th century, Saint-Domingue (now Haiti, which shares the same island as the Dominican Republic) was considered a jewel in the French crown. Le Manuscrit de Port-Ebène is the private diary of a young woman uprooted from her native region of France, Vendée, to follow her husband, a sugar cane plantation owner, to this captivating and enchanting island. The wild and hectic life in this paradise on the far side of the world together with the desire for freedom of an exploited people end up radically changing the course of events in the story. Written by French author Dominique Bona, the novel was awarded the Prix Renaudot French literary prize in 1998.

Music. The Congos de Villa Mella, featuring drums and maracas accompanied by songs, together with the music of both the Guloyas and Cocolo dancing, all of which have Creole and African influences, were inscribed as UNESCO intangible cultural heritage in 2008.

Cinema. The Dominican Republic has attracted many filmmakers since the 1950s. Francis Ford Coppola shot some of the scenes for Godfather II and Apocalypse Now in the country.

The Dominican Republic is the location of both the highest point in the Caribbean, the 3,175 metre high (10,416 feet) Pico Duarte, and the lowest, Lake Enriquilo, which lies 44 metres (144 feet) below sea level.